3 Things To Expect At The Falz Experience Today

The Falz Experience, a first ever headline concert by versatile Nigerian artiste Falz the Bahd Guy, holds today, Wednesday, December 20th, and having already seen a few artistes’ shows already this festive season, expectations are quite high to see what Falz will be delivering.

While trying to get a sneak peak of plans for the event, our sources revealed some interesting info that Falz’s fans may need to know: 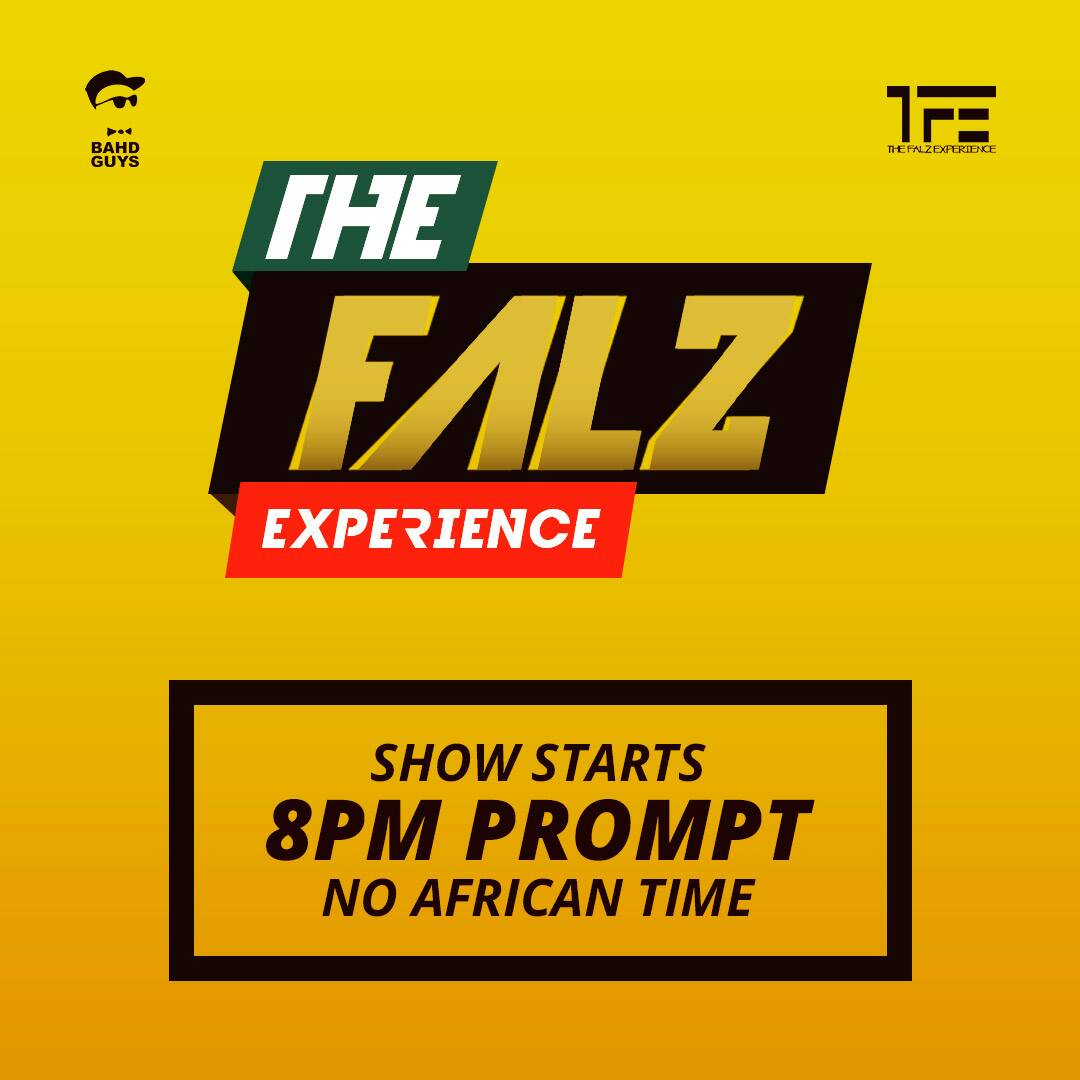 Falz has been talking a whole lot about the concert starting at exactly 8 PM, unlike the usual Nigerian entertainment events and their ‘African Time’ behaviour. According to him, if no one is seated by 8 PM, the show will go on. That will really be something to watch – a Nigerian show with an early start! Hallelujah!

Recently, it got out that budget for The Falz Experience was a whopping N300 million. Combine this huge amount with Falz’s multiple arts skills, and the fact that Livespot is in charge of production, one gets an idea that the organisers plan to deliver a one-of-a-kind event. Livespot is renowned for incredible event productions, such as Darey Art Alade’s ‘Love Like A Movie’ showcase, which merges music with art. We’re eager to see the amazing stunts they’re going to pull this time with ‘The Falz Experience’.

‘The Falz Experience’ has consistently been described by the producers as a combination of music, drama and comedy with guest artistes like Olamide, Davido, Simi, Yemi Alade, Reekado Banks, Reminisce, among others.

Fans can also visit www.falzexperience.com for tickets and further information.