Ashleigh Plumptre May Play For The Super Falcons

Leicester City Women’s star, Ashleigh Plumptre may one day play for The Nigerian Super Eagles, if she has her way and says she would play for Nigeria at senior international level – if asked.

The former England youth defender, who is 23-years-old, plays for newly-promoted Women’s Super League (WSL) side Leicester City, and is eligible to play for the Super Falcons because her father is Nigerian. 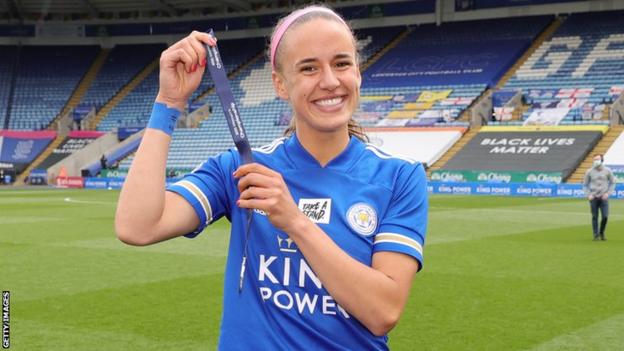 She played 25 games this season for the club she first joined at the age of  eight and has previously played in the WSL with Notts County in 2014, before moving to the United States.

While in the U.S., Asheleigh played with the USC Trojans and LA Galaxy.

About The Super Falcons

The Super Falcons are the continent’s most successful national team with nine African titles and  are the only African team to have played in all eight Women’s World Cups since 1991.