Award-winning actor and comedian Aziz Ansari has been accused of sexual assault by a Brooklyn woman.

The unidentified 23-year-old accuser described the alleged incident during a recent interview saying it occurred at Aziz’s Tribeca apartment after a dinner date last September.

Using the name Grace, she told the site that the “Master of None’’ star ignored numerous “cues” indicating that she “wasn’t interested” in getting physical and proceeded to take her clothes off anyway and engage in oral sex. 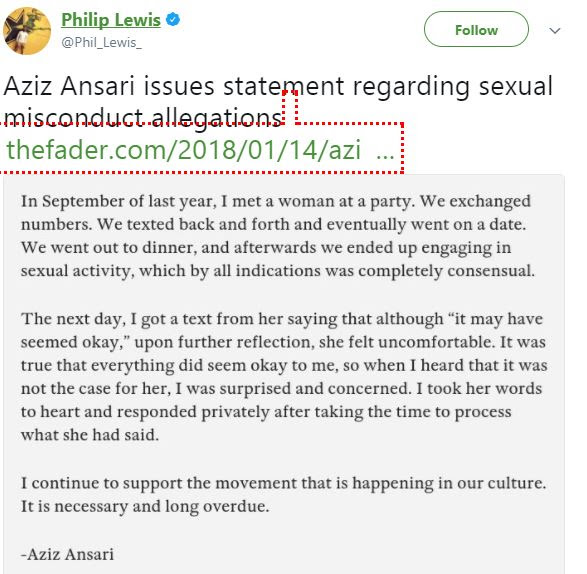 Ansari responded to her claims in a statement, saying, “It was true that everything did seem okay to me, so when I heard that it was not the case for her, I was surprised and concerned. I took her words to heart and responded privately after taking the time to process what she had said. I continue to support the movement that is happening in our culture. It is necessary and long overdue.”