Beyoncé left no wig unsnatched last year, and now she’s coming for 2017, too. Coachella just announced their lineup and it’s already proving that 2017 is waaaaay better than 2016.

Shortly after she’s set to make Grammy history, Queen B will leave her mark on Coachella, as the music festival announced on Tuesday that she will headline in their coveted Saturday night slot.  Not only is she headlining, but she is the first woman in TEN YEARS to headline the festival and the first woman of color to headline ever. And needless to say, her fans are freaking out already.

What the Coachella lineup looks like to Beyoncé fans. pic.twitter.com/Qmg6AjsnjW 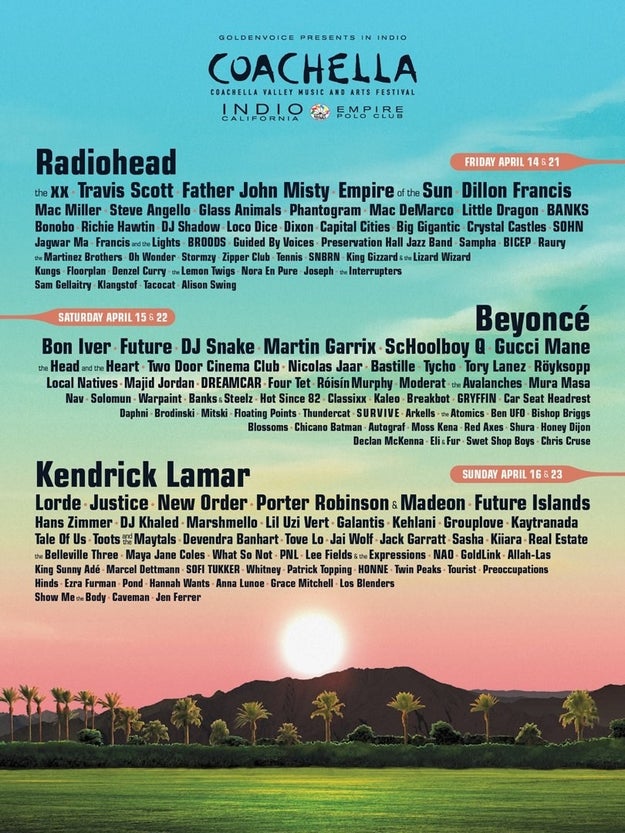