Celina Powell’s making persistent efforts to prove that Offset is the father of her child. She reportedly went through the court to force Offset of Migos to take a paternity test.

Earlier this week, Powell revealed the result of the paternity test, claiming that the child was Offset’s. While he’s denied it, the Bodak Yellow crooner hasn’t even entertained the possibility that he isn’t.

Cardi B has finally issued a response in regards to Celina Powell’s allegations that Offset is the father of her child. She tweeted after XXL tweeted an article about Celina Powell’s results.

Cardi B responded and wondered why they were giving Powell any attention in the first place. 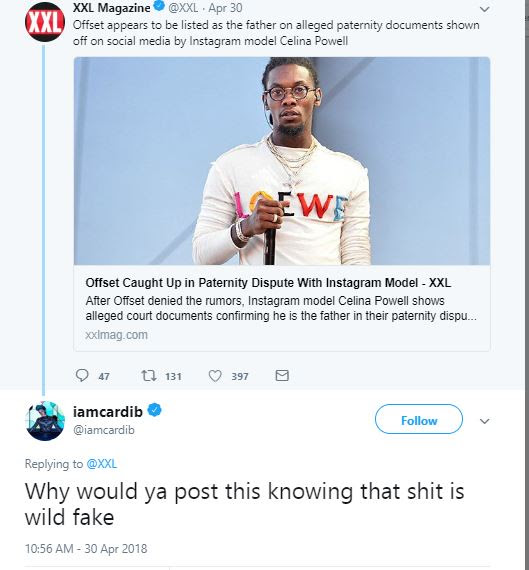 Cardi B doesn’t seem to be the only person to think so. There have been several people on social media who’ve pointed out that it’s possible that Celina Powell faked the results.