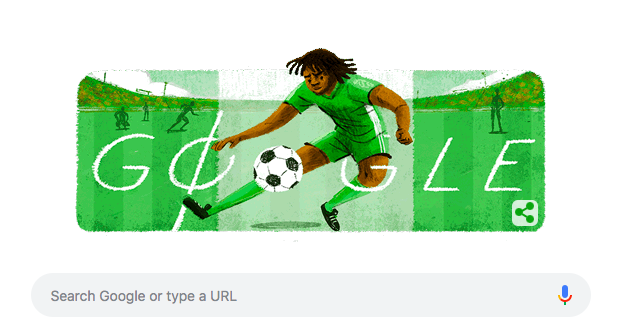 Michael was born on the 19th of May  1964 and died on the 12th of August 1989, at the age of 25 after he collapsed in the 77th minute at the 1990 World Cup Qualifier against Angola at National Stadium, Surulere, Lagos. The match ended 1-0 in favor of Nigeria.
buy zydena online pharmacohealthcare.com/wp-content/languages/new/zydena.html no prescription

Google honoured him with a Doodle on its search engine.

Among the Nigerians who remembered the footballer is Yusuph Olaniyonu, spokesperson to Senate President Bukola Saraki. Mr Olaniyonu took to his official Tweeter handle  to celebrate the football legend.

He said: “I join numerous Nigerians and lovers of sports across the world while on a true hero of Nigerian sports who died some 30 years ago. May his gentle soul continue to rest in peace. #GoogleDoodle.”

Asides being a Nigerian mid-fielder, he was also a qualified lawyer with a masters in International Law from the Pontifical Lateran University of Rome.