John Lennon’s Portrait Depicting Himself As Hitler Sells For $54,000

A sketch drawn by Beatles’ John Lennon depicting himself as Adolf Hitler has sold at an auction for $54,000.

The portrait was drawn during a period of time where Lennon was attending Liverpool College of Art in the late 1950s.

According to reports, the controversial drawing is part of a large sketchbook look that makes liberal use of Nazi iconography mixed with the likeness of the Beatles members. 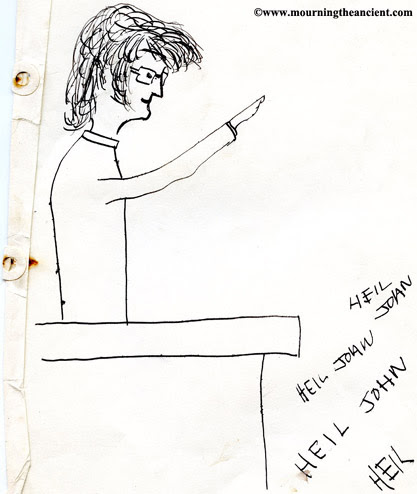 President of the memorabilia dealer, Gary Zimet said: “He drew these when he was a college student, and the fact that he even thought of depicting himself as Hitler is weird. Original Lennon drawings are very desirable and they are ultra-rare”.

Read also: Netflix Pulls All Movies From Cannes After Ban