A custom-made yellow guitar owned by famed singer, Prince has been sold for US$225,000 in New York.

The yellow “Cloud” guitar, so named for its unique twisting body, also has Prince’s signature love symbols engraved between the frets, and had been valued before the sale at US,000-80,000 according to the auction.
buy avana online www.bodybuildingestore.com/wp-content/languages/en/avana.html no prescription

The guitar was made for Prince by Minneapolis luthier Dave Rusan, with one starring in the 1984 film “Purple Rain,” where Prince’s alter ego “The Kid” receives one as a gift from his girlfriend Apollonia. 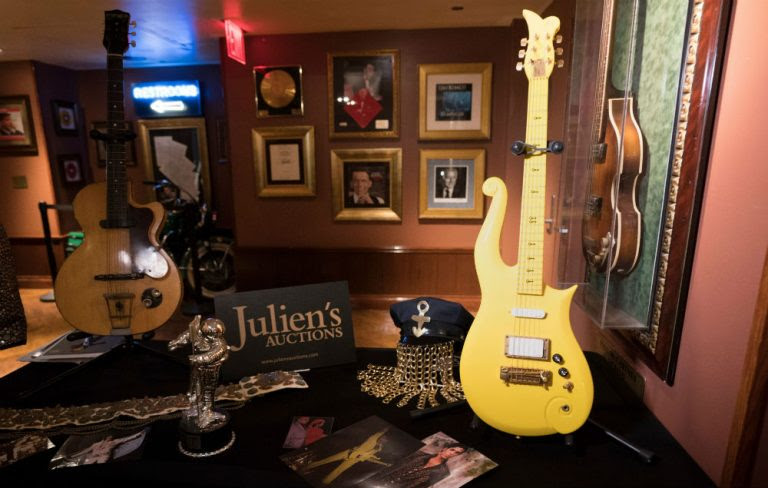 An electric blue turtleneck with matching trousers that Prince – whose best-known hits included “1999” – wore at a turn-of-the-millennium New Year’s Eve party at his Paisley Park estate in Minnesota – sold for US$108,797, the auction house said.

Prince died on June 2, 2016, and investigations and tests showed the singer died of an opioid overdose.