Former Chelsea star player, Eden Hazard has moved on to Bernabéu after being unveiled by Real Madrid on a €150m transfer deal. 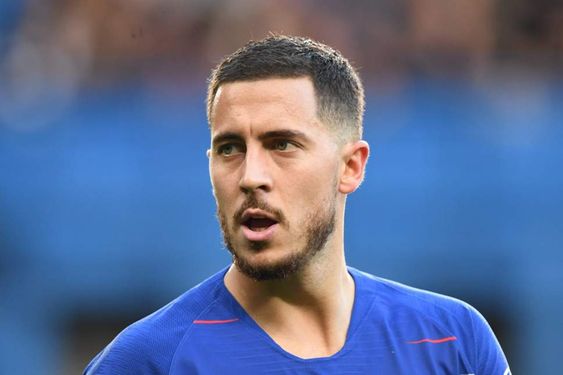 Eden Hazard took a stroll around the grass at his new home, kicking gold and white footballs into a crowd that was bigger than those that came to see some La Liga matches last season, and then said that he had been waiting for this since he was a kid in La Louvière.

Now, at last, the time had come and it was the “right time”, he said, having left Chelsea with the Europa League – even though he admitted this was a move that he had thought he would have made since 12 months ago.

Still, better late than never. And Hazard insisted it was not too late. “I’m 28 years old, I think I can go to 32, 33 years. It’s a good moment,” he said. Yet it has been a long time in coming. “I dreamed of this moment when I was very little, ever since I started playing football in the garden with Thorgan, Kylian, Ethan,” Hazard said as he sat in the press room at the Bernabéu, white kit now swapped for grey suit.

In the front row as he talked, his brothers sat alongside his mother, Carine, and father, Thierry.
buy actos generic https://myindianpharmacy.net/actos.html over the counter

All of them are footballers; only the 28-year-old was asked if he was a galáctico. “No,” he said. “Not yet, but I hope to be one.”

Hazard admitted that he hasn’t been given the number he wanted. “Through Kovacic I asked Luka Modric if I could have the No 10, but he said no, so I’ll have to find another one,” Hazard joked. “The number doesn’t matter now.”

“I have wanted to say these words for a long time: welcome to one of the best players in the world, Eden Hazard,” declared the club’s president at the unveiling.