XXXTentacion has won the Best New Hip Hop artiste award at the 2018 BET Hip Hop Awards held at the The Fillmore Miami Beach at Jackie Gleason Theater in Miami Beach, Florida, near X’s hometown over the weekend.

The late rapper was nominated in the Best New Hip Hop Artist category along with Juice Wrld, Lil Baby, Rich The Kid and BlocBoy JB.

XXXTentacion’s June murder hit family and fans hard but Bernard has been trying her best to make sure his death was not in vain. Just last week, Bernard started a charity raffle where fans would win the opportunity to visit the rapper’s mausoleum. Done in conjunction with Art by Bankrupt, the winner of the raffle will also receive a exclusive art piece of the rapper created by Bankrupt.

“We partnered up and came up with a way to raise some money for X’s nonprofit foundation that will be used on multiple charities and families in need,” Bankrupt states in the promotional video for the raffle. All proceeds will go towards the XXXTentacion Foundation.

Check out footage of XXX’s mom accepting his award below. 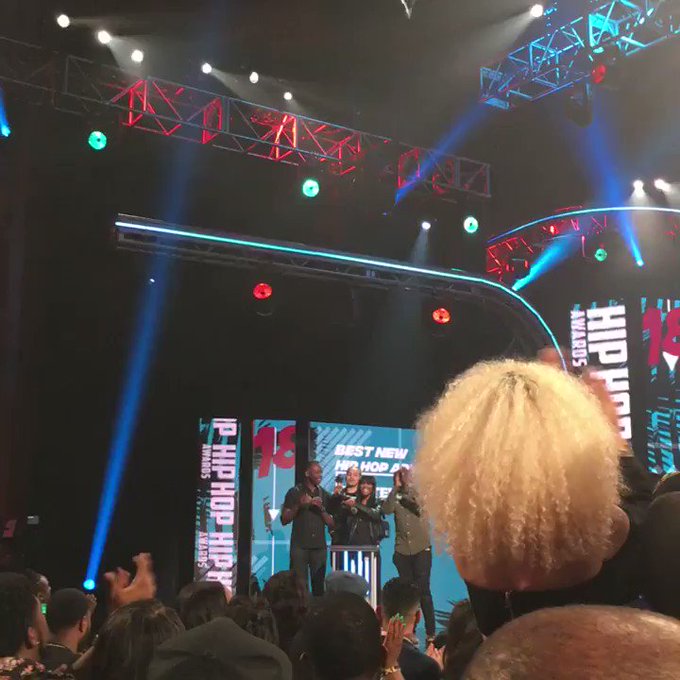